California earthquake insurance: What does home insurance cover after a disaster?

If you felt the earth move this week, chances are you didn't have earthquake insurance.

Late Friday night, a 7.1 magnitude earthquake struck Southern California, the strongest temblor to hit the region in 20 years. The earthquake also happened one day after a 6.4-magnitude quake hit the state during the Fourth of July.

With the Independence Day quake, the recent spate of tornadoes and with hurricane and wildfire season upon us, you might be wondering how well would your homeowners or renter’s insurance will hold up in a natural disaster.

The answer largely depends on the disaster. Damage from many calamities are covered by a standard policy, but a handful are not and require separate coverage for protection.

For earthquakes, you must buy a separate policy from a private insurer or, if you live in California, from the state’s California Earthquake Authority.

According to a July 2018 study by the California Department of Insurance, about 13% of California residents purchased earthquake coverage in 2017.

Tornadoes, hurricanes and earthquakes: What does home insurance cover after a disaster?

Even if your insurance covers the peril, it may not be enough. Many homeowners and renters don’t have adequate protection to cover all their losses. And, because of the new tax reform law, uninsured losses can only be deducted in specific cases.

Here’s what you need to know about your insurance covering your house or apartment.

What damage does insurance cover?

Homeowners, condo and renter’s insurance cover damage sustained from most perils, including tornado, hurricanes, severe storms, rain, wind and fires. Homeowners insurance will pay to repair the structure of the property up to the insured amount and other detached structures like a garage or garden shed – typically around 10% of the main structure’s insured amount.

It also covers possessions inside the home – typically up to 50% to 70% of what the structure of your home is insured for. Landscaping elements such as trees and shrubs are generally reimbursed at about $500 per item, says Loretta Worters, a vice president at the Insurance Information Institute.

A strong earthquake rattled a large swath of Southern California and parts of Nevada on Thursday, rattling nerves on the July 4th holiday and causing some damage in a town near the epicenter amid a swarm of aftershocks. (July 4) AP, AP

What damage is not covered?

Damage from flooding and earth movement – which includes earthquakes, mudslides, landslides and sinkholes – is excluded from homeowners, condo and renter’s insurance.

According to the California Department of Insurance, if you have homeowner’s insurance in the state your company must offer to sell you earthquake insurance too.

Some policies may also exclude specific weather in certain areas where it's common – such as windstorms for coastal states.

Homeowners, condo or renter’s policy will reimburse you for any additional living expenses you incur because you can’t live in your damaged home: costs like hotels, restaurant meals and laundromat expenses.

“These are for costs that exceed your typical costs,” Worters says. “You can’t have an exorbitant restaurant bill. It comes with limits.”

Get the The Daily Moneynewsletter in your inbox.

A collection of articles to help you manage your finances like a pro.

Any theft or damage done to your home by looters or vandals after a disaster is also covered by your homeowners, condo or renter’s policy.

What about your car?

If your auto insurance policy includes comprehensive coverage – which is not required by law – then your insurer will pay for costs to repair damage to your car from any peril, such as major weather events or simply a fallen branch.

Your auto insurance often will cover rental car fees while your car is repaired or replaced. In some cases, it’s not automatically included, so you have to purchase this coverage at an extra cost.

New research from the California Institute of Technology estimates that Southern California experiences 495 small quakes a day, that are largely undetectable by humans. Veuer's Sam Berman has the full story. Buzz60

Your insurer can only cover what it knows you lost. That’s why it’s important to keep accurate records for filing claims in the future.

Here are some things to know about earthquake insurance from the California Department of Insurance: 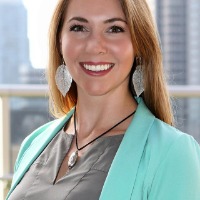 Kaila was born and raised in New York, until in 2002 her family packed up and boarded a 40’ RV headed for adventure. During that year of travel, cultural lines blurred and she was able to experience....

They realized a crack house was across the street. Here’s how this couple turned around their Wisconsin neighborhood.

More than two decades ago, Sharon Adams moved back to her childhood home in the Lindsay Heights neighborhood outside of Milwaukee after living in New York City for 30 years. Cathy Free 2

The share of homes selling at or above list price has returned to levels comparable with the early 2000s,  according to a new analysis from CoreLogic, a real estate data firm.Annual home price

Recession fears are growing, and that may prompt some Americans—who are still haunted by the last one—to get skittish about the housing market. Don’t expect another “real

Some lenders are turning to drones or a computer algorithm to appraise properties, and the practice may grow more common under a new federal proposal. Regulators want to allow the majority of U.S.

By registering, you agree to our terms of use and that real estate professionals and lenders may call/text you about your inquiry, which may involve use of automated means and prerecorded/artificial voices. You don't need to consent as a condition of buying any property, goods or services. Messages/data rates may apply.